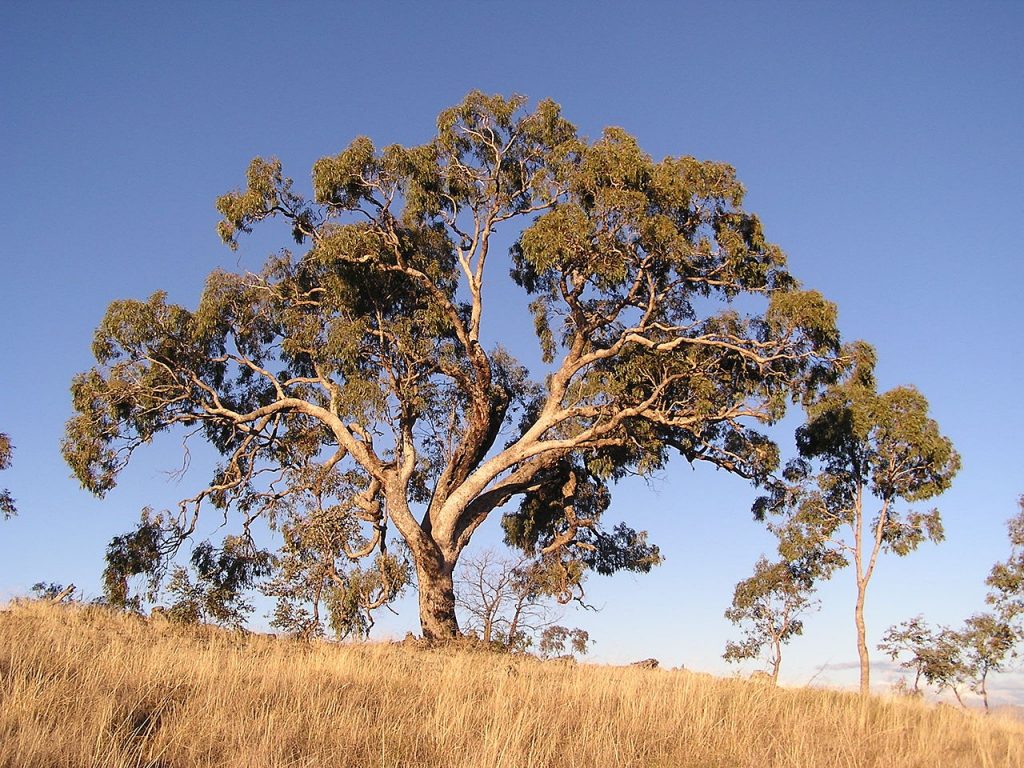 Eucalyptus bridgesiana, commonly known as Apple Box or But-but, is a medium to large sized tree of the genus Eucalyptus. It occurs in south eastern Australia, typically in grassy woodland and near watercourses around the lower slopes of the Great Dividing Range.

The bark of the Apple Box is generally rough and course, with the thinner branches exposing a smooth cream bark. The juvenile leaves are a distinctively glaucous, and ovate in shape. The wood of the Apple Box is soft in comparison to other Eucalypts, and is considered poor for firewood or building timber. However, the honey produced by bees feeding on the small white flowers of the tree is of high quality.