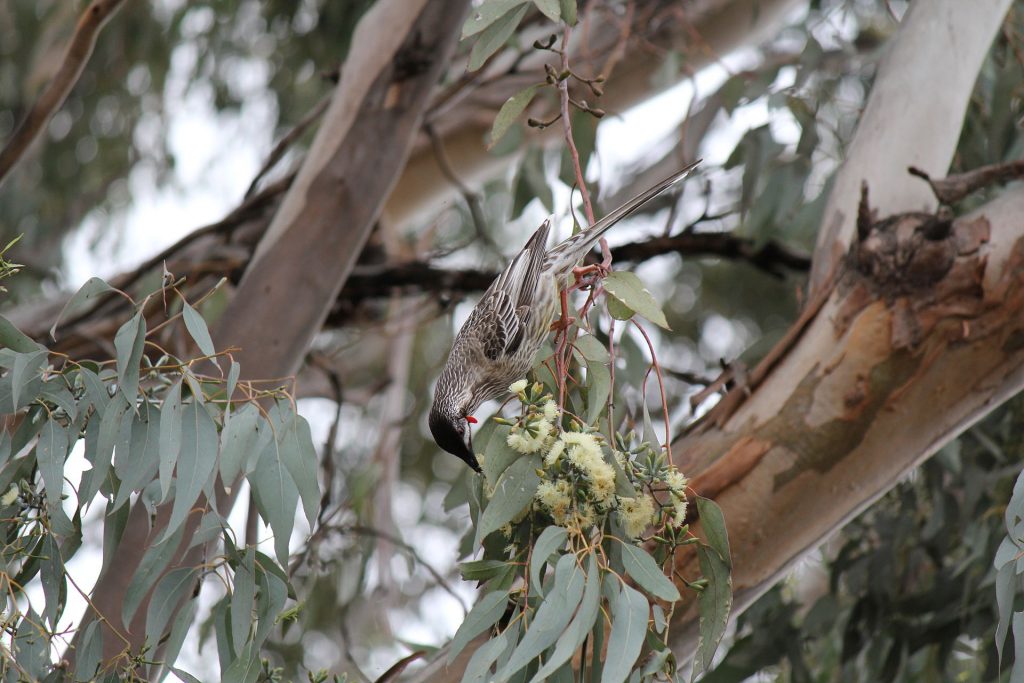 Eucalyptus microcarpa, or grey box, is a species of Eucalyptus which is endemic to Australia. Alternative common names for this species include gum-topped box, inland grey box, narrow-leaved box, and western grey box.

It is a spreading tree which has fibrous grey bark on the trunk and lower branches, but has smooth, grey-brown bark on its upper branches The flower buds have conical caps and the flowers themselves, which appear from late summer to winter, are cream coloured.

The species occurs inland from the Great Dividing Range. It is found in Queensland, New South Wales, Victoria and in South Australia, including the Mount Lofty Ranges and Heywood Park near Adelaide. It is associated with grassy woodland and loamy soils.