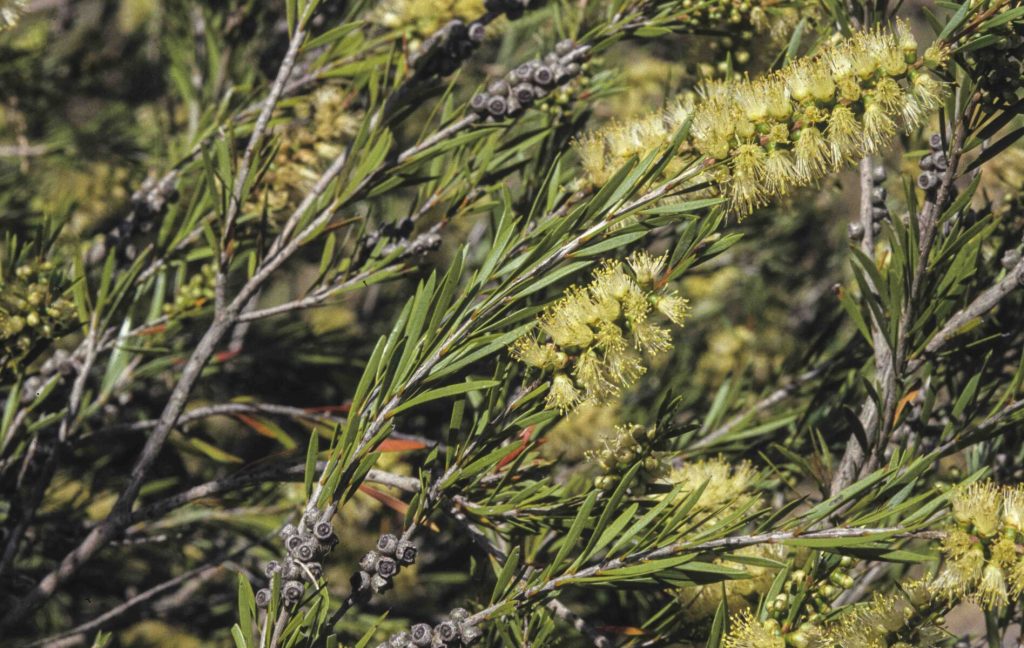 Callistemon sieberi is a shrub or tree growing to 8 m tall, with fibrous bark, or hard, fissured bark on older plants.

It is naturally widespread along watercourses, dried and rocky riverbeds and gullies on the coast, tablelands and western slopes and plains of NSW.

It occurs from Warwick in the far south east of Queensland, through New South Wales as far inland as the eastern part of the North West Plains to the eastern half of Victoria.

Its leaves are arranged alternately and are about 7 cm long, up to just less than 1 cm wide, linear to narrow lanceolate and have a small point at the end.

The flowers are a shade of cream to yellow, occasionally pink, in spikes on the ends and sides of branches which continue to grow after flowering and also on the sides of the branches. The spikes are to 5 cm long and 3 cm wide in with up 40 individual flowers.

Flowering occurs mainly from October to January and is followed by fruit which are woody, cup-shaped capsules to 4 mm long.