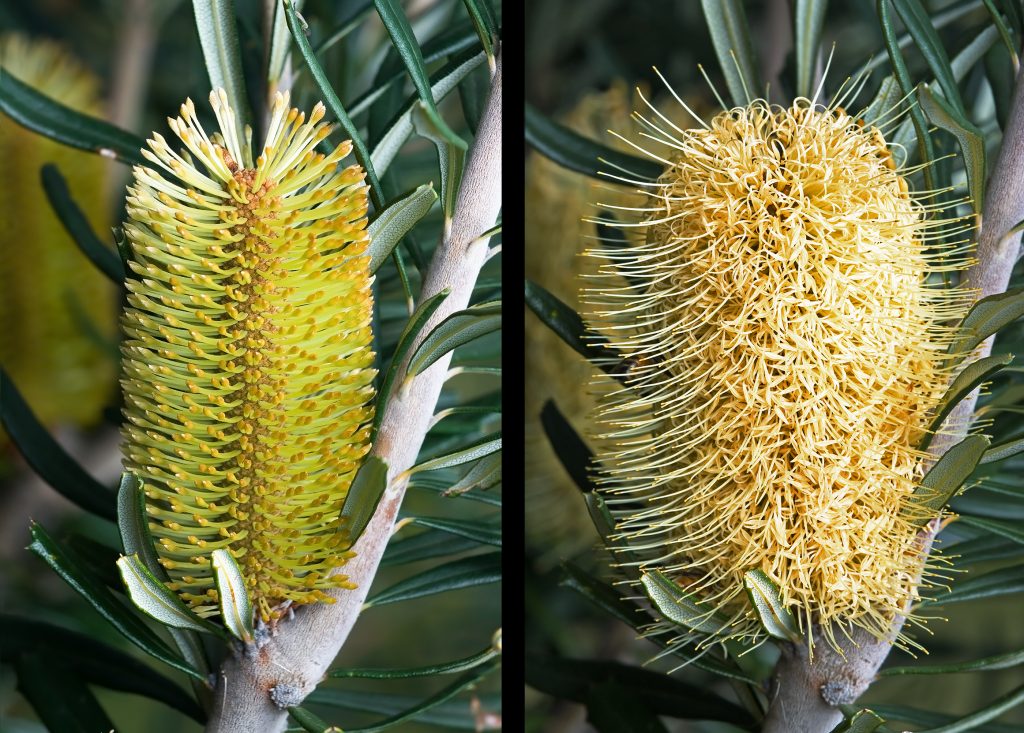 Banksia marginata, commonly known as the silver banksia, is a species of tree or woody shrub in the plant genus Banksia found throughout much of southeastern Australia. It ranges from the Eyre Peninsula in South Australia, to north of Armidale, New South Wales, and across Tasmania and the islands of Bass Strait. It grows in various habitats, including Eucalyptus forest, scrub, heathland and moorland. Banksia marginata varies widely in habit, ranging from a small shrub, 20 cm (7.9 in) high, to a large tree, 12 m (40 ft) tall. The narrow leaves are linear and the yellow inflorescences (flower spikes) occur from late summer to early winter. The flower spikes fade to brown and then grey and develop woody follicles bearing the winged seeds. Originally described by Antonio José Cavanilles in 1800, further collections of B. marginata were described as several separate species by Robert Brown in 1810. However, all were reclassified as a single species by George Bentham in 1870.

Many species of bird, in particular honeyeaters, forage at the flower spikes, as do native and European honeybees. The response to bushfire varies. Some populations are serotinous: they are killed by fire and regenerate from large stores of seed which have been held in cones in the plant canopy and are released after a fire. Others regenerate from underground lignotubers or suckers from lateral roots.