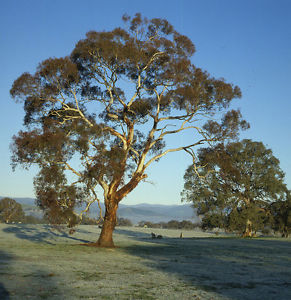 Eucalyptus melliodora is a common species in the grassy woodlands of the tablelands and western slopes of the Great Dividing Range, extending from northern Victoria, through New South Wales, with a scattered extension into southeastern Queensland as far norther as the Carnvarvon Range and to near Gladstone. This species is usually 15–30 m tall and mainly occurs on on gentle slopes, foothills or on flats near watercourses. Soils include alluvials, loams and sandy loams.

Eucalyptus melliodora is a relatively slow growing species but is frost and drought tolerant. It is one of Australia’s premium honey producing trees and firewood species. The wood of E. melliodora is very hard, heavy, strong and extremely durable and in the past the wood was used for heavy engineering construction, poles, railway sleepers and fencing.