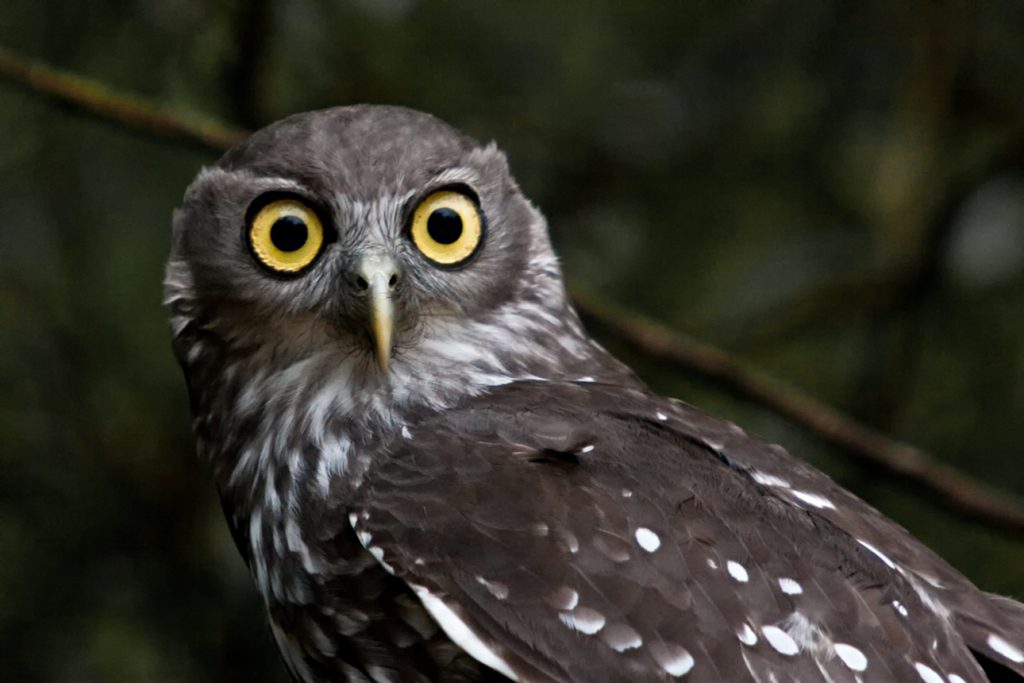 The Barking Owl is a medium-sized owl (42 cm, 650 g), smaller than the similar Powerful Owl and larger than the Southern Boobook. It has bright yellow eyes and no facial-disc. Upperparts are brown or greyish-brown, and the white breast is vertically streaked with brown. The large talons are yellow. Males are typically larger than their mate and have a more square crown. The quick, dog-like ‘wook-wook’ territorial call is diagnostic, but the yapping of foxes and dogs is sometimes attributed to this species. Pairs of birds perform call-and-answer duets, the male’s tone being the deeper, which often rise to an excited rapid pitch. This species is also famous for a rarely use high-pitched tremulous scream that has earned it the name ‘screaming-woman bird’.

The Barking Owl is found throughout continental Australia except for the central arid regions. Although common in parts of northern Australia, the species has declined greatly in southern Australia and now occurs in a wide but sparse distribution in NSW. Core populations exist on the western slopes and plains and in some northeast coastal and escarpment forests. Many populations crashed as woodland on fertile soils was cleared over the past century, leaving linear riparian strips of remnant trees as the last inhabitable areas. Surveys in 2001 demonstrated that the Pilliga Forest supported the largest population in southern Australia. The owls sometimes extend their home range into urban areas, hunting birds in garden trees and insects attracted to streetlights.