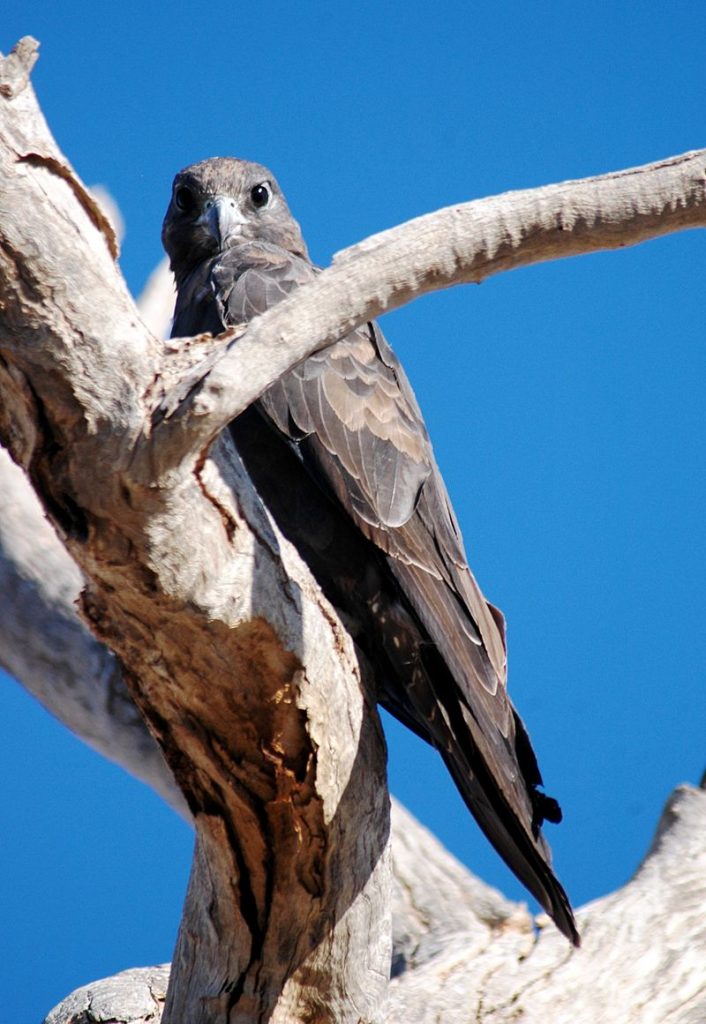 The Black Falcon, is a large (45-55 cm in length), very dark falcon with pale grey cere, eye-rings and feet. It is uniformly dark brown to sooty black, with a pale throat and an indistinct black streak below each eye. Some individuals have faint, narrow barring under the wings and tail. The dark form of the Brown Falcon is sometimes mistaken for the Black Falcon. However the Brown Falcon can be distinguished by its double cheek-mark, longer legs, bicoloured, barred underwings and comparatively slow flight.

The Black Falcon is widely, but sparsely, distributed in New South Wales, mostly occurring in inland regions. Some reports of ‘Black Falcons’ on the tablelands and coast of New South Wales are likely to be referable to the Brown Falcon. In New South Wales there is assumed to be a single population that is continuous with a broader continental population, given that falcons are highly mobile, commonly travelling hundreds of kilometres (Marchant & Higgins 1993). The Black Falcon occurs as solitary individuals, in pairs, or in family groups of parents and offspring.