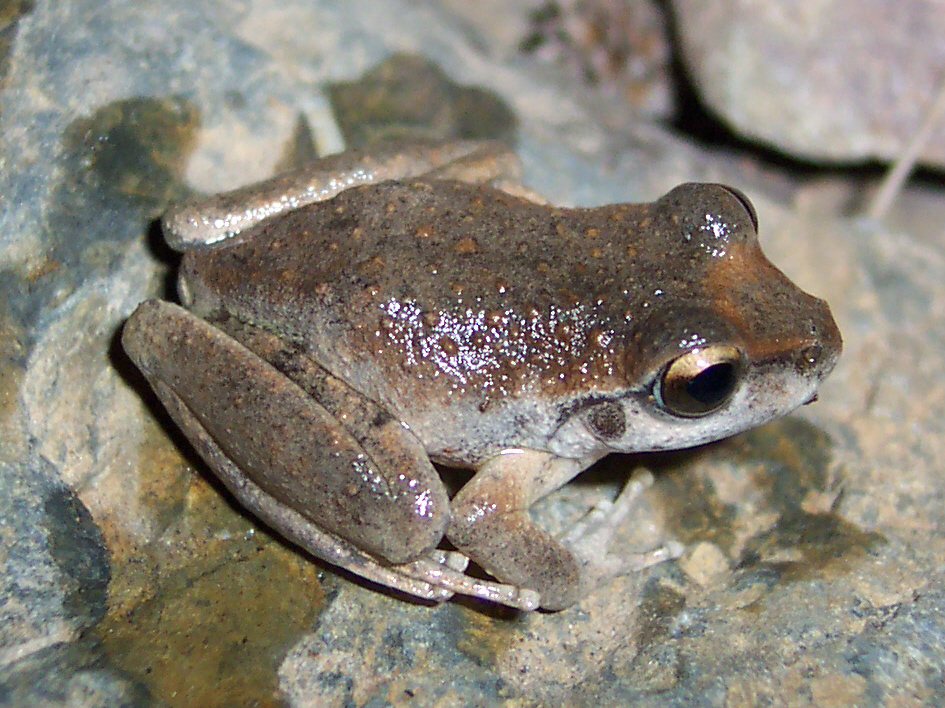 The Booroolong Frog is a medium sized tree frog, with adults growing to about 5 cm. Their body-colour may be grey, olive or brown with indistinct black markings. The abdomen is white. The skin usually has a slightly warty appearance. The fingers and toes have well developed discs, and the toes are strongly webbed. The call is a soft, purring ‘craww craww craww’.

The Booroolong Frog is restricted to NSW and north-eastern Victoria, predominantly along the western-flowing streams of the Great Dividing Range. It has disappeared from much of the Northern Tablelands, however several populations have recently been recorded in the Namoi catchment. The species is rare throughout most of the remainder of its range.