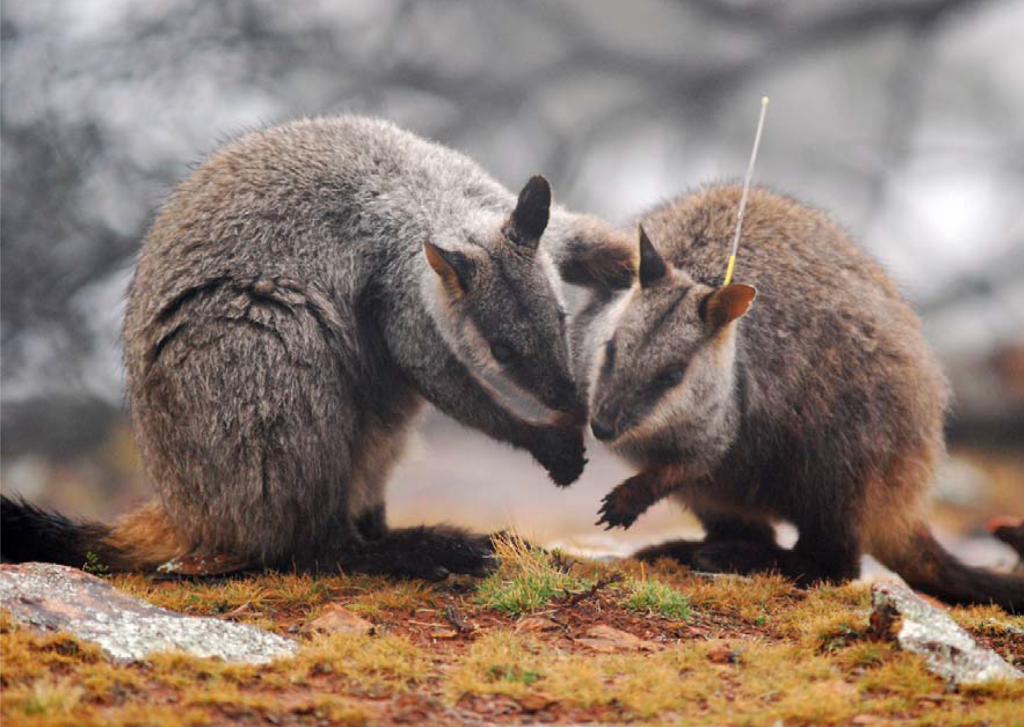 The Brush-tailed Rock-wallaby has a long and bushy, dark rufous-brown tail that is bushier towards its tip. It has long, thick, brown body-fur that tends to be reddish on the rump and grey on the shoulders. The fur on its chest and belly are paler. It also has a characteristic white cheek-stripe and a black stripe from its forehead to the back of its head. It is relatively small and muscular, which enables it to be fast and agile in its rocky habitat. The average weight of this species is about 8 kg for males and 6 kg for females.

The range of the Brush-tailed Rock-wallaby extends from south-east Queensland to the Grampians in western Victoria, roughly following the line of the Great Dividing Range. However the distribution of the species across its original range has declined significantly in the west and south and has become more fragmented. In NSW they occur from the Queensland border in the north to the Shoalhaven in the south, with the population in the Warrumbungle Ranges being the western limit.