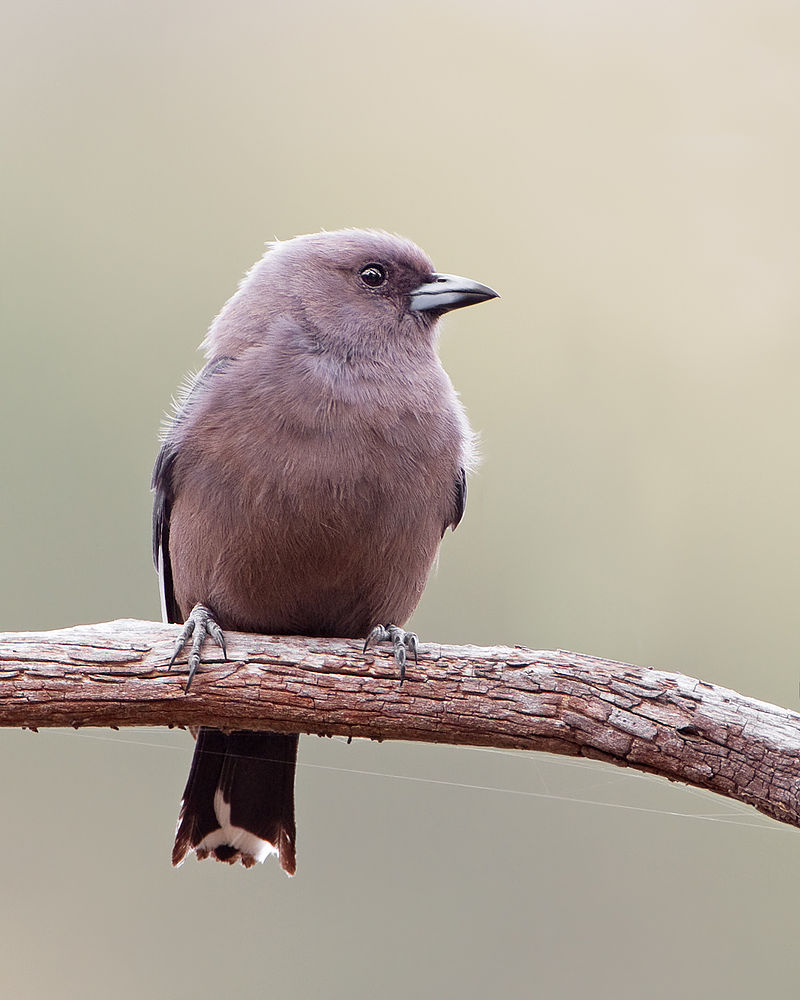 The dusky woodswallow is a medium-sized bird (16-19.5 cm, 35 g), with a longish tail. Mostly dark grey-brown, merging to blackish on the tail, with a small black-brown mask. Bluish bill with a black tip. Upper-wings are a dark blue-grey with a white leading edge. Conspicuous white corners on the tail. In flight the dark grey-brown under-body contrasts with the whitish under-wing. Juveniles may be distinguished by white streaking on the body and whitish tips on wing feathers. Immature individuals are similar to adults but retain pale-tipped wing feathers. No seasonal variation in appearance is evident, and sexes are alike. Calls consist of brassy chirps, chirups, a soft low ‘vut vut’ and a brisk ‘peet peet’. Also known to mimic other birds, including the rufous whistler and grey shrike-thrush.

Dusky woodswallows are widespread in eastern, southern and south western Australia. The species occurs throughout most of New South Wales, but is sparsely scattered in, or largely absent from, much of the upper western region. Most breeding activity occurs on the western slopes of the Great Dividing Range.