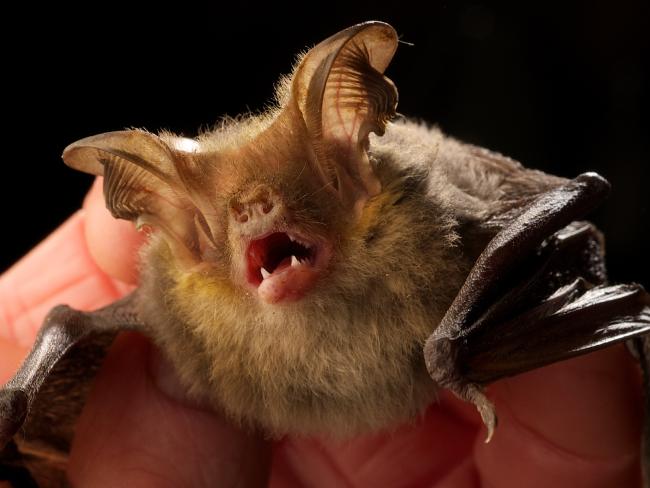 The Eastern Bentwing-bat has chocolate to reddish-brown fur on its back and slightly lighter coloured fur on its belly. It has a short snout and a high ‘domed’ head with short round ears. The wing membranes attach to the ankle, not to the base of the toe. The last bone of the third finger is much longer than the other finger-bones giving the “bent wing” appearance. It weighs up to 20 grams, has a head and body length of about 6 cm and a wingspan of 30 – 35 cm.

Eastern Bentwing-bats occur along the east and north-west coasts of Australia.