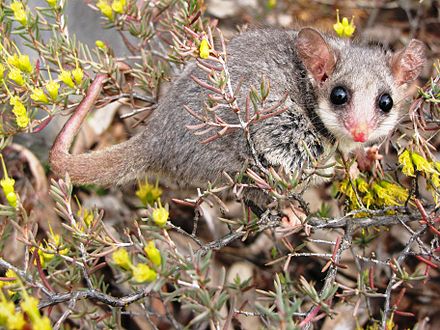 Eastern Pygmy-possums are tiny (15 to 43 grams) active climbers, with almost bare, prehensile (capable of curling and gripping) tails, and big, forward-pointing ears. They are light-brown above and white below. Adults have a head and body length between 70 – 110 mm and a tail length between 75 – 105 mm.

The Eastern Pygmy-possum is found in south-eastern Australia, from southern Queensland to eastern South Australia and in Tasmania. In NSW it extents from the coast inland as far as the Pilliga, Dubbo, Parkes and Wagga Wagga on the western slopes.