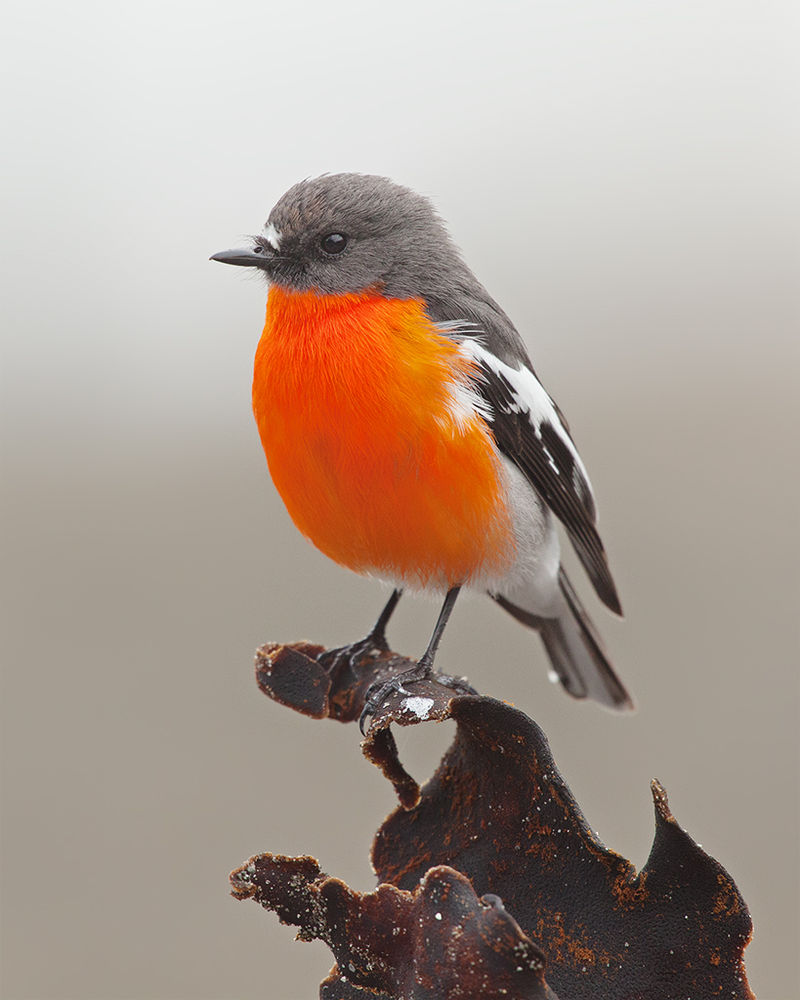 The Flame Robin is a small Australian robin that reaches 14 cm in length. The male has a dark grey head and upperparts, a small white forehead patch, and white wing stripes and white tail-edges. The male has a bright orange-red throat, breast and upper-belly. The lower belly is white. The female is brown, darker above, and has a whitish throat and lower belly. The whitish mark on the female’s forehead is inconspicuous. Female Flame Robins also have white and buffish marked wings and tail. Immature males resemble females. The main call of the Flame Robin is a thin, pretty, piping descending song.

The Flame Robin is endemic to south eastern Australia, and ranges from near the Queensland border to south east South Australia and also in Tasmania. In NSW, it breeds in upland areas and in winter, many birds move to the inland slopes and plains. It is likely that there are two separate populations in NSW, one in the Northern Tablelands, and another ranging from the Central to Southern Tablelands.