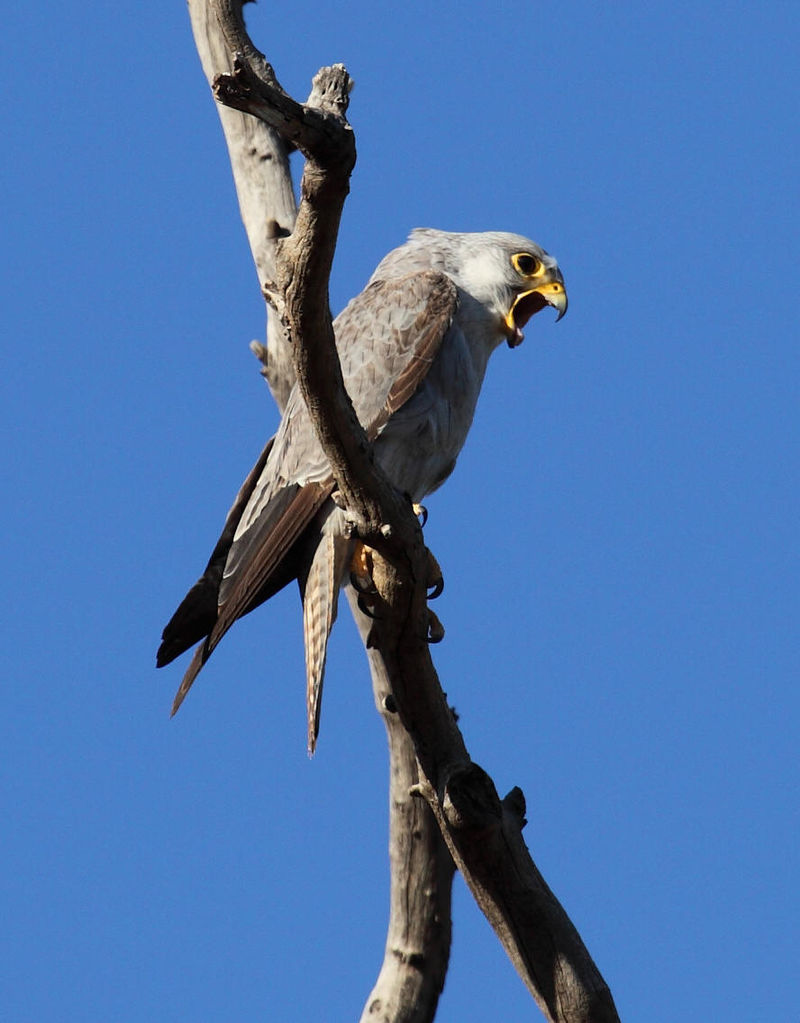 The Grey Falcon is a medium-sized, compact, pale falcon with a heavy, thick-set, deep-chested appearance. It is smaller than the Peregrine Falcon but similar in shape and flight, although with longer wings. Upperparts are uniform light grey, shading to blackish on the primaries, forming conspicuous dark wing tips. The tail has narrow blackish bars. The chin, throat and cheeks are white, and the rest of the underbody is pale grey. The eye-ring, cere and base of the bill are bright orange-yellow, and the tip of the bill black.

The Grey Falcon is sparsely distributed in NSW, chiefly throughout the Murray-Darling Basin, with the occasional vagrant east of the Great Dividing Range. The breeding range has contracted since the 1950s with most breeding now confined to arid parts of the range. There are possibly less than 5000 individuals left. Population trends are unclear, though it is believed to be extinct in areas with more than 500mm rainfall in NSW.