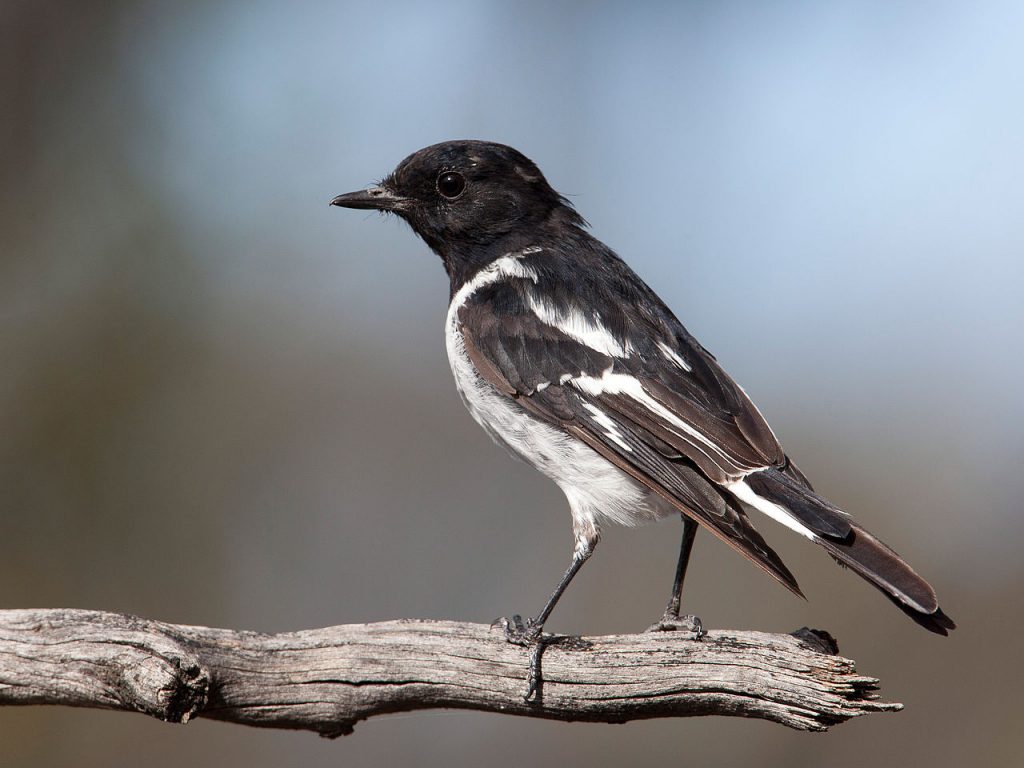 The Hooded Robin is a large Australian robin reaching 17 cm in length. The male is strikingly marked in black and white, with a bold black hood extending down a white breast. The back is black with distinct white shoulder and wing-bar. The tail is black, with prominent white side-panels. Females and immatures are duller, with light brownish-grey upperparts, but the same striking black and white wings. Flight is short and swiftly undulating. The call is a series of descending, fading, mellow notes. The adult male is unmistakable but the female and young males may be confused with other species, such as the Jacky Winter. Hooded Robins are distinguished by their larger size, distinctive white wing bar and different shaped tail markings (‘hourglass’ shaped).

The Hooded Robin is widespread, found across Australia, except for the driest deserts and the wetter coastal areas – northern and eastern coastal Queensland and Tasmania. However, it is common in few places, and rarely found on the coast. It is considered a sedentary species, but local seasonal movements are possible. The south-eastern form (subspecies cucullata) is found from Brisbane to Adelaide and throughout much of inland NSW, with the exception of the extreme north-west, where it is replaced by subspecies picata. Two other subspecies occur outside NSW.