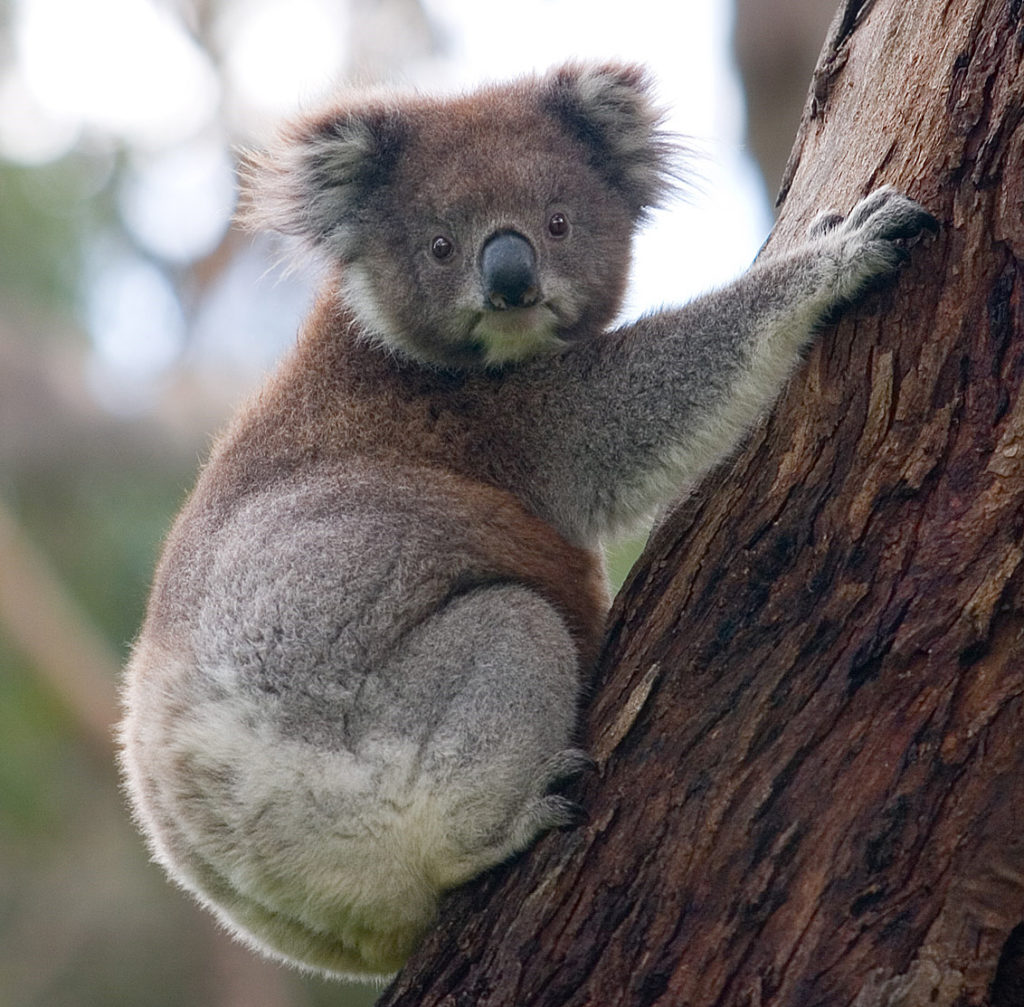 The Koala is an arboreal (tree dwelling) marsupial with fur ranging from grey to brown above, and is white below. It has large furry ears, a prominent black nose and no tail. It spends most of its time in trees and has long, sharp claws, adapted for climbing. Adult males weigh 6 – 12 kg and adult females weigh 5 – 8 kg. During breeding, males advertise with loud snarling coughs and bellows.

The Koala has a fragmented distribution throughout eastern Australia from north-east Queensland to the Eyre Peninsula in South Australia. In NSW it mainly occurs on the central and north coasts with some populations in the west of the Great Dividing Range. It was briefly historically abundant in the 1890s in the Bega District on the south coast of NSW, although not elsewhere, but it now occurs in sparse and possibly disjunct populations. Koalas are also known from several sites on the southern tablelands.