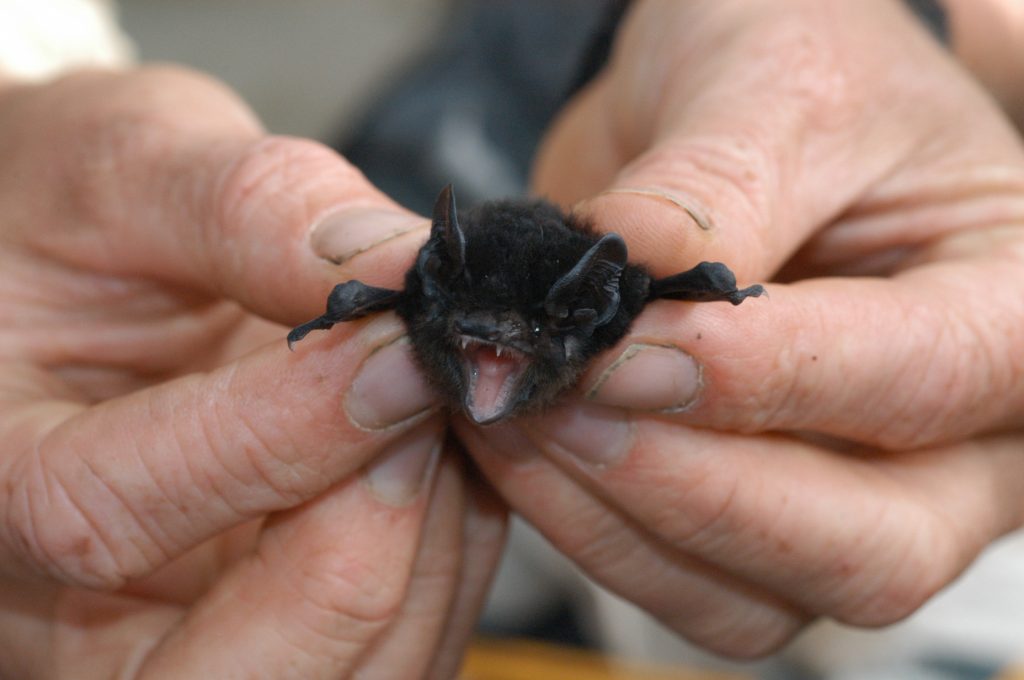 A small to medium-sized bat with long, prominent ears and glossy black fur. The lower body has broad white fringes running under the wings and tail-membrane, meeting in a V-shape in the pubic area. This species is one of the wattled bats, with small lobes of skin between the ears and corner of the mouth.

Found mainly in areas with extensive cliffs and caves, from Rockhampton in Queensland south to Bungonia in the NSW Southern Highlands. It is generally rare with a very patchy distribution in NSW. There are scattered records from the New England Tablelands and North West Slopes.