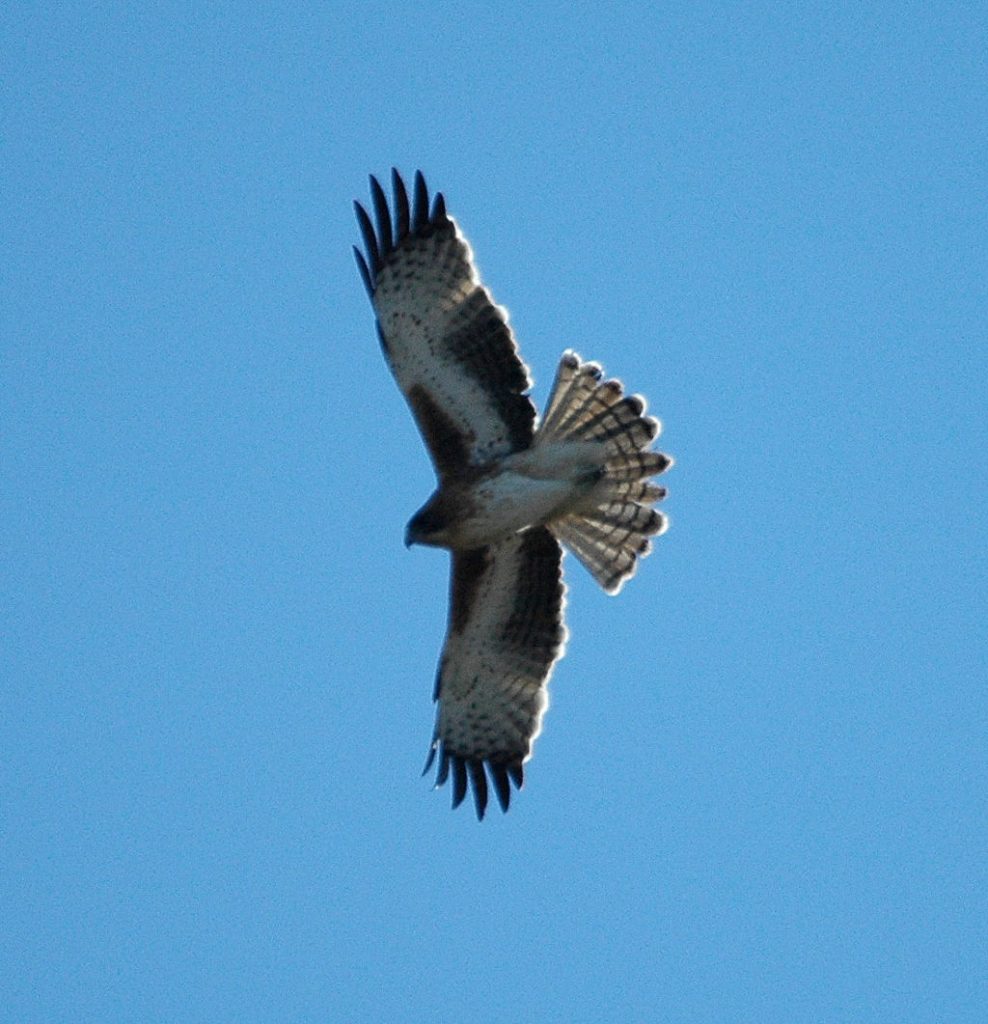 The Little Eagle is a medium-sized bird of prey that occurs in two colour forms: either pale brown with an obscure underwing pattern, or dark brown on the upper parts and pale underneath, with a rusty head and a distinctive underwing pattern of rufous leading edge, pale ‘M’ marking and black-barred wingtips. Both forms have a black-streaked head with a slight crest, a pale shoulder band on the upperwings, a rather short and square-tipped barred tail, and feathered legs.

The Little Eagle is found throughout the Australian mainland excepting the most densely forested parts of the Dividing Range escarpment. It occurs as a single population throughout NSW.