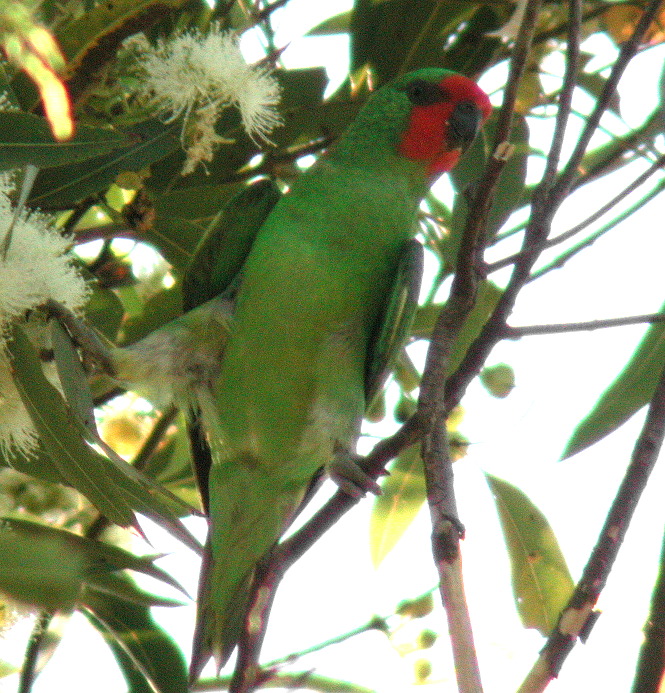 The Little Lorikeet is a small (16-19 cm; 40 g) bright green parrot, with a red face surrounding its black bill and extending to the eye. The undertail is olive-yellow with a partly concealed red base, and the underwing coverts are bright green. The mantle is imbued with light brown. The call in flight is diagnostically different from other lorikeets, being a shrill and rolling screech: ‘zit-zit’ or ‘zzet’. Although difficult to observe while foraging high in treetops, a flock’s constantly chattering contact calls give it away. Flight is fast, direct and through or above the canopy.

The Little Lorikeet is distributed widely across the coastal and Great Divide regions of eastern Australia from Cape York to South Australia. NSW provides a large portion of the species’ core habitat, with lorikeets found westward as far as Dubbo and Albury. Nomadic movements are common, influenced by season and food availability, although some areas retain residents for much of the year and ‘locally nomadic’ movements are suspected of breeding pairs.