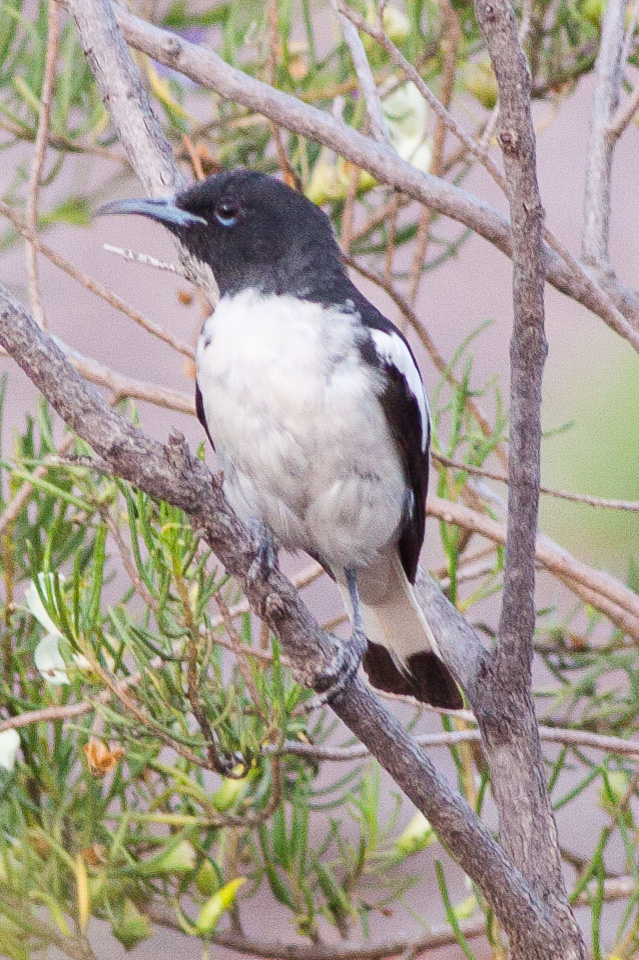 The male Pied Honeyeater is a distinctive small, black and white honeyeater with white wing-bar, rump and tail-panels, and a bluish-grey wattle below the eye. The female is greyish-brown, with a strong pattern of pale edging to feathers on the wing.

Widespread throughout acacia, mallee and spinifex scrubs of arid and semi-arid Australia. Occasionally occurs further east, on the slopes and plains and the Hunter Valley, typically during periods of drought.