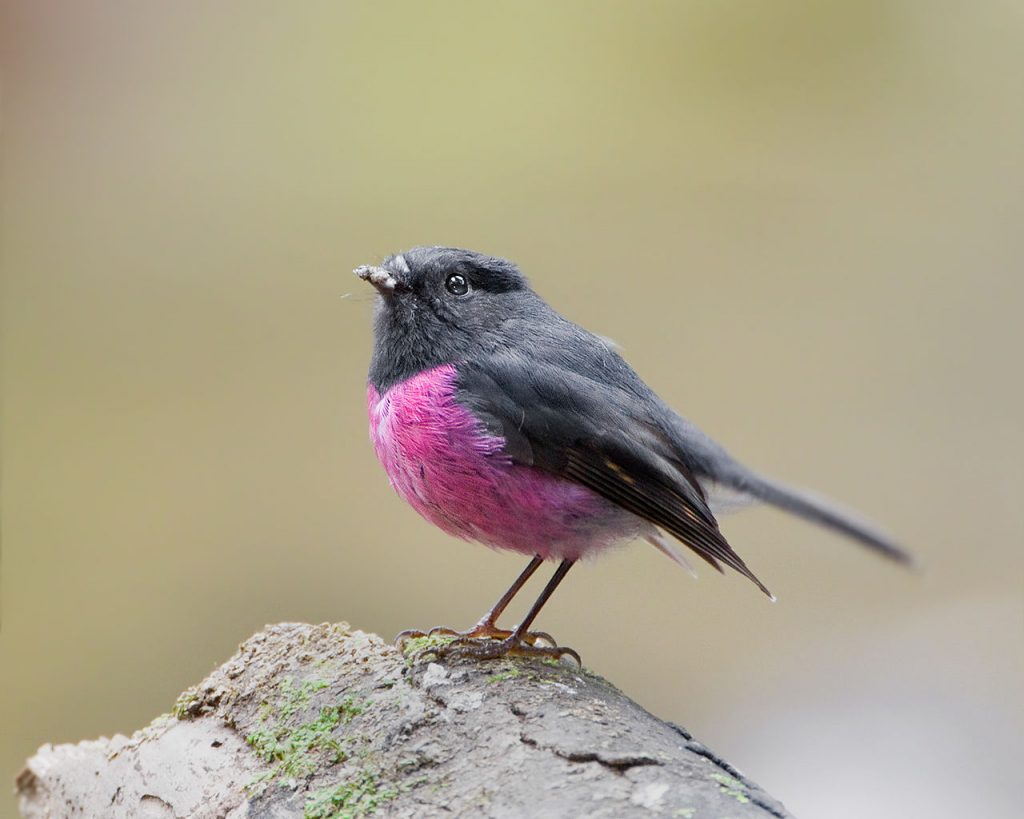 The male Pink Robin has a sooty black throat and upperparts. The wings have faint, tan-buff wing-bars. The breast and belly are deep lilac-pink, and there is a small white patch on the forehead. The tail is plain, making this species the only ‘red’ robin with no white markings on the tail. It differs from the similar, and more common Rose Robin Petroica rosea, which is dark grey above, with a deeper rose-pink breast and white belly, and white outer tail feathers. The female has warm olive-brown upperparts and cinnamon-buff underparts, a buff forehead spot, and may have a slight pink wash on the breast. The chestnut-buff wings and the absence of white in the tail, distinguishes the female from all other female robins.

The Pink Robin is found in Tasmania and the uplands of eastern Victoria and far south-eastern NSW, almost as far north as Bombala. On the mainland, the species disperses north and west and into more open habitats in winter, regularly as far north as the ACT area, and sometimes being found as far north as the central coast of NSW.