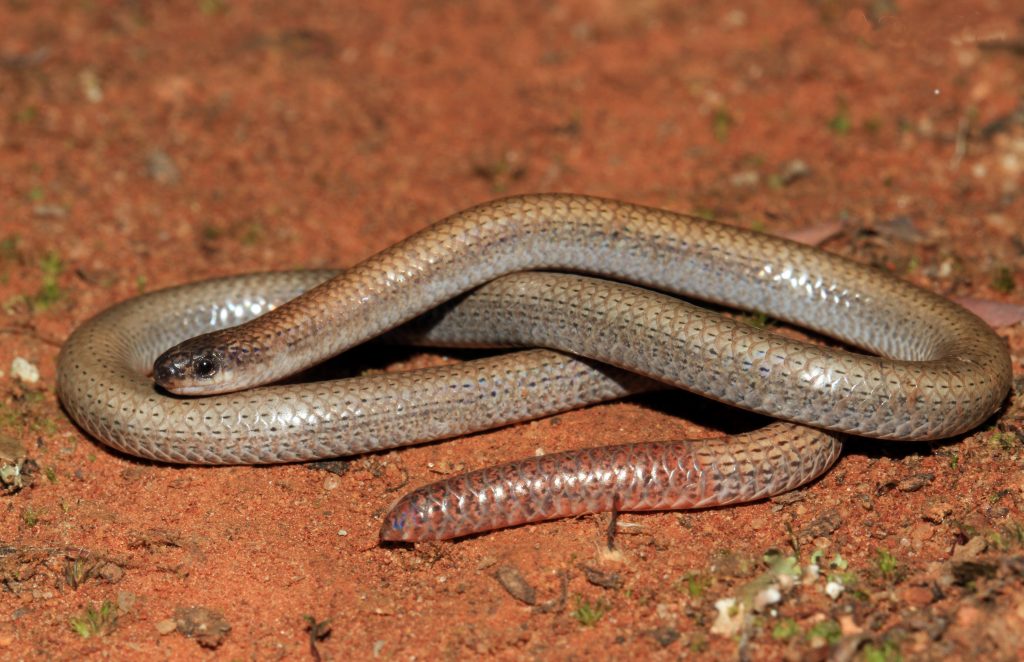 The Pink-tailed Legless Lizard (also known as the Pink-tailed Worm-lizard) is worm-like, with a dark-brown head and nape, gradually merging with the pale grey or grey-brown body. The tail, nearly as long as its body, is pink or reddish-brown towards the tip. Its snout and tail are both rounded. There are no external ear openings. The broad, non-forked tongue, frequently used to wipe the eyes, and the presence of small hind-limb flaps, distinguishes it from a juvenile snake. Specimens grow to about 25 cm in length.

The Pink-tailed Legless Lizard is only known from the Central and Southern Tablelands, and the South Western Slopes. There is a concentration of populations in the Canberra/Queanbeyan Region. Other populations have been recorded near Cooma, Yass, Bathurst, Albury and West Wyalong. This species is also found in the Australian Capital Territory.