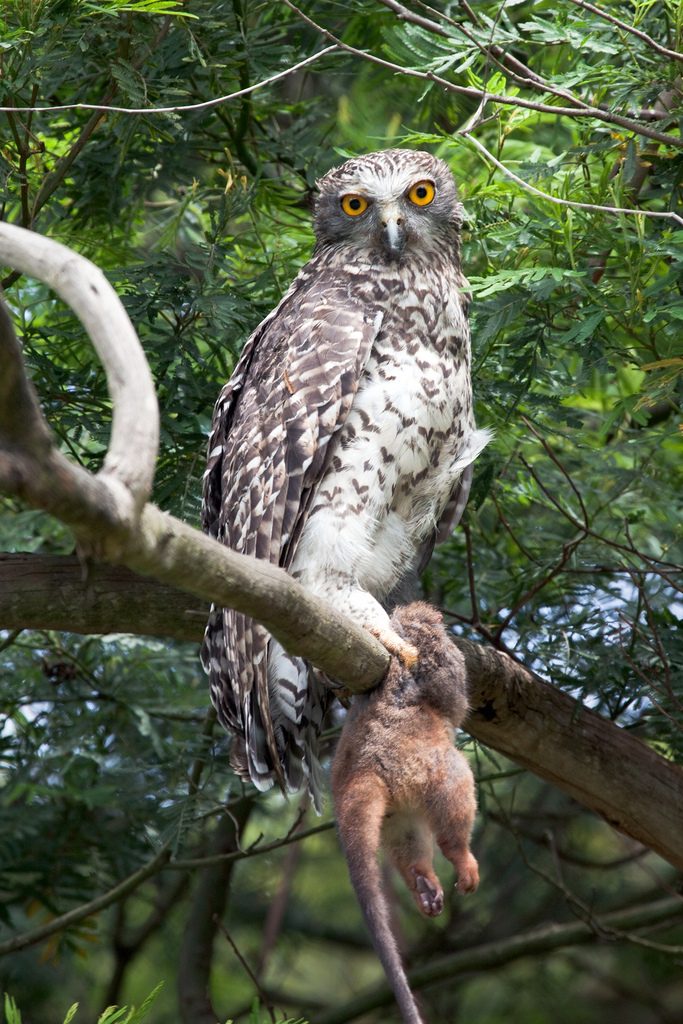 The Powerful Owl is the largest owl in Australasia. It is a typical hawk-owl, with large yellow eyes and no facial-disc. Adults reach 60 cm in length, have a wingspan of up to 140 cm and weigh up to 1.45 kilograms. Males are larger than females. The upper parts of the Powerful Owl are dark, greyish-brown with indistinct off-white bars. The underparts are whitish with dark greyish-brown V-shaped markings. Juvenile Powerful Owls have a white crown and underparts that contrasts with its small, dark streaks and dark eye patches. The call of this species may be heard at any time of the year, but it is more vocal during the autumn breeding season. It has a slow, deep and resonant double hoot, with the female’s being higher pitched and expressing an upward inflection on the second note.

The Powerful Owl is endemic to eastern and south-eastern Australia, mainly on the coastal side of the Great Dividing Range from Mackay to south-western Victoria. In NSW, it is widely distributed throughout the eastern forests from the coast inland to tablelands, with scattered records on the western slopes and plains suggesting occupancy prior to land clearing. Now  at low densities throughout most of its eastern range, rare along the Murray River and former inland populations may never recover.