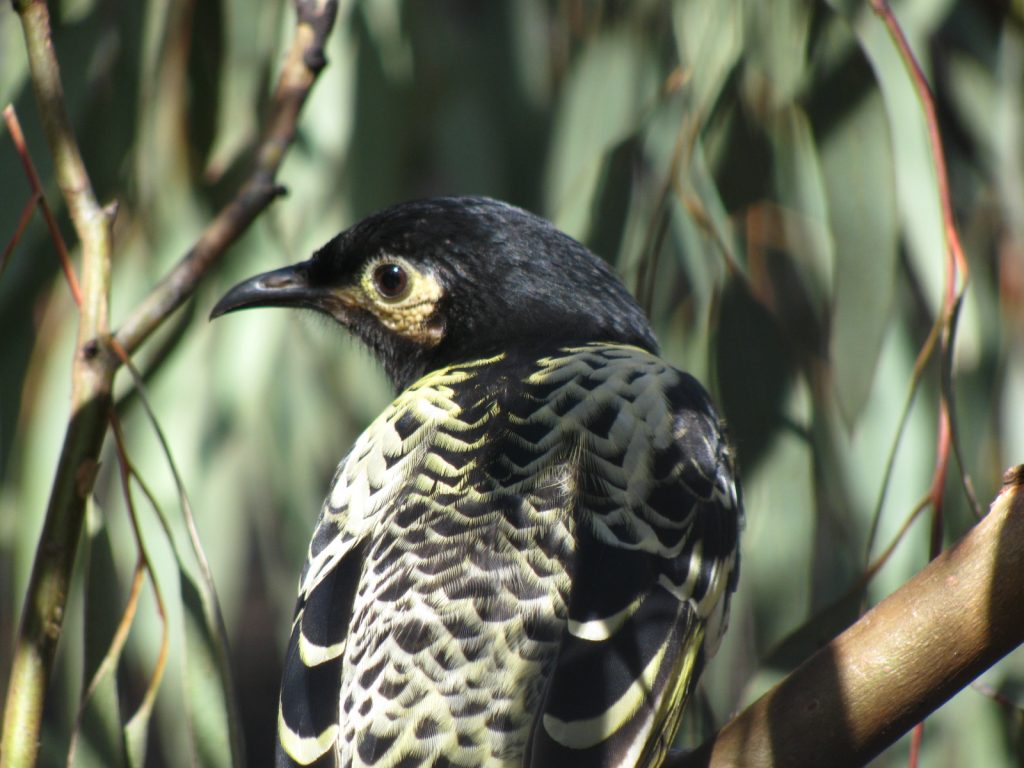 The Regent Honeyeater is a striking and distinctive, medium-sized, black and yellow honeyeater with a sturdy, curved bill. Adults weigh 35 – 50 grams, are 20 – 24 cm long and have a wing-span of 30 cm. Its head, neck, throat, upper breast and bill are black and the back and lower breast are pale lemon in colour with a black scalloped pattern. Its flight and tail feathers are edged with bright yellow. There is a characteristic patch of dark pink or cream-coloured facial-skin around the eye. Sexes are similar, though males are larger, darker and have larger patch of bare facial-skin. The call is a soft metallic bell-like song; birds are most vocal in non-breeding season.

The Regent Honeyeater mainly inhabits temperate woodlands and open forests of the inland slopes of south-east Australia. Birds are also found in drier coastal woodlands and forests in some years. Once recorded between Adelaide and the central coast of Queensland, its range has contracted dramatically in the last 30 years to between north-eastern Victoria and south-eastern Queensland. There are only three known key breeding regions remaining: north-east Victoria (Chiltern-Albury), and in NSW at Capertee Valley and the Bundarra-Barraba region. In NSW the distribution is very patchy and mainly confined to the two main breeding areas and surrounding fragmented woodlands. In some years flocks converge on flowering coastal woodlands and forests.