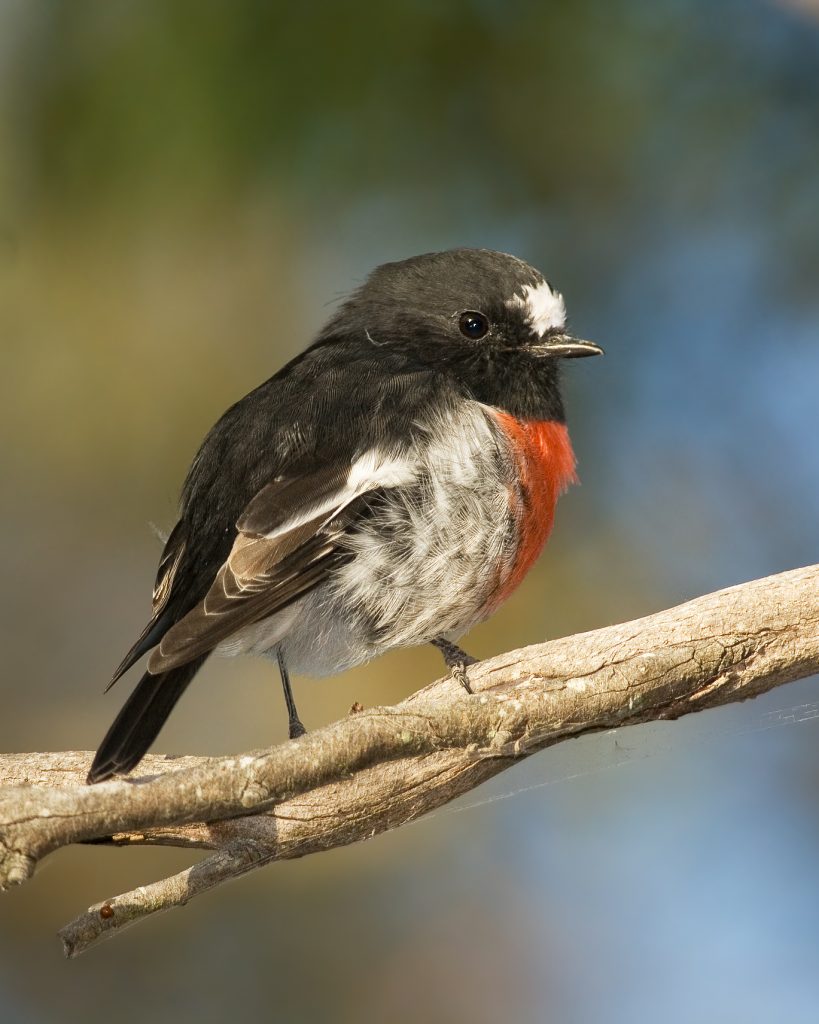 The Scarlet Robin is a small Australian robin that reaches 13 cm in length. The male has a black head and upperparts, with a conspicuous white forehead patch, white wing stripes and white tail-edges. The male has a bright scarlet-red chest and a white belly. The female is pale brown, darker above, and has a dull reddish breast and whitish throat. The whitish mark on the female’s forehead is smaller than the male’s. The female Scarlet Robin also has white wing and tail markings. Immature males resemble females. The main call of Scarlet Robin is a soft, warbling trill.

The Scarlet Robin is found from south east Queensland to south east South Australia and also in Tasmania and south west Western Australia. In NSW, it occurs from the coast to the inland slopes. After breeding, some Scarlet Robins disperse to the lower valleys and plains of the tablelands and slopes. Some birds may appear as far west as the eastern edges of the inland plains in autumn and winter.