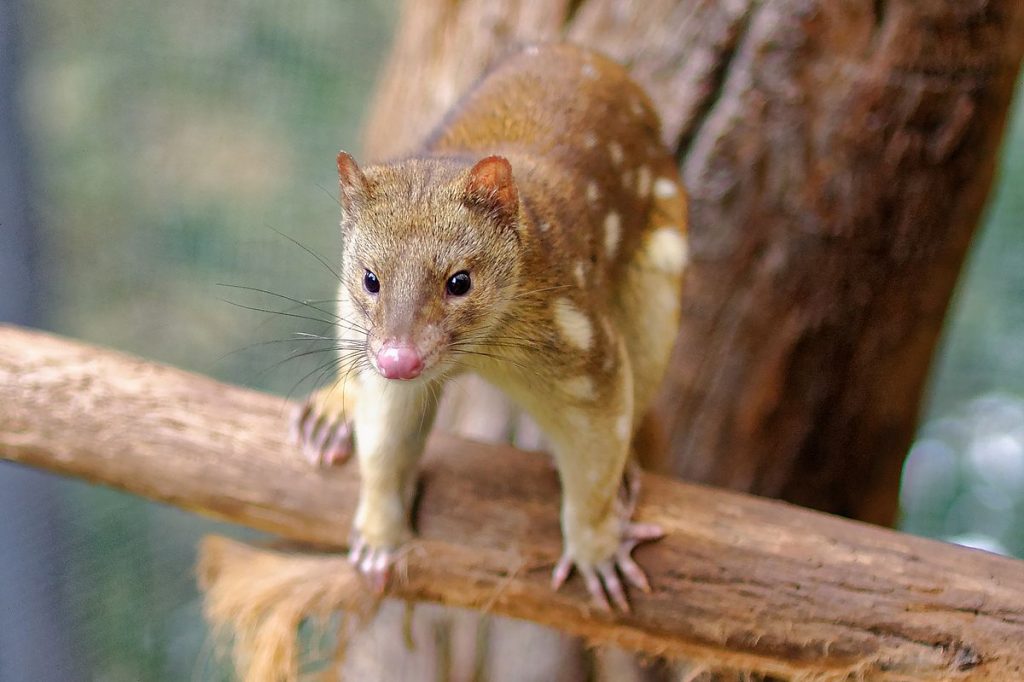 The Spotted-tailed Quoll is about the size of a domestic cat, from which it differs most obviously in its shorter legs and pointed face. The average weight of an adult male is about 3500 grams and an adult female about 2000 grams. It has rich-rust to dark-brown fur above, with irregular white spots on the back and tail, and a pale belly. The spotted tail distinguishes it from all other Australian mammals, including other quoll species. However, the spots may be indistinct on juvenile animals.

The range of the Spotted-tailed Quoll has contracted considerably since European settlement. It is now found in eastern NSW, eastern Victoria, south-east and north-eastern Queensland, and Tasmania. Only in Tasmania is it still considered relatively common.