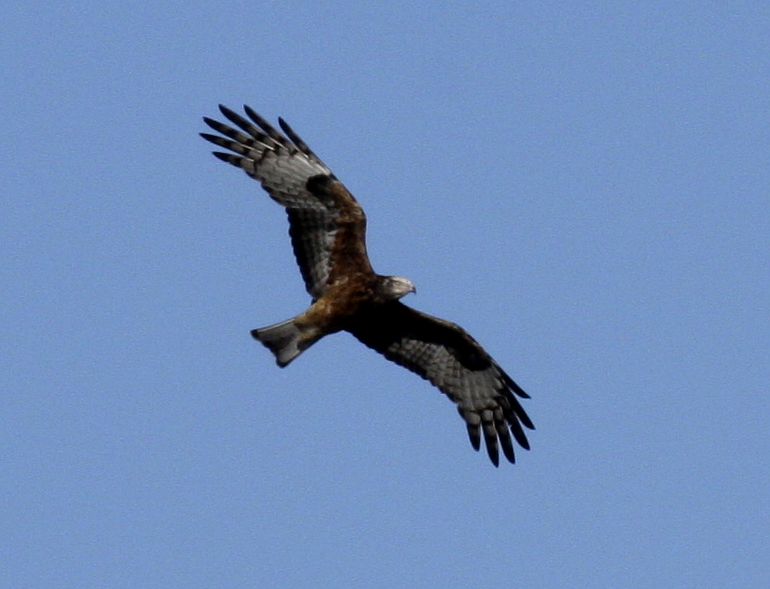 The Square-tailed Kite is a reddish, medium-sized, long-winged raptor, about the size of a Little Eagle or harrier. Adults have a white face with thick black streaks on the crown and finer streaks elsewhere. The saddle, rump and central upper tail coverts are blackish with grey-brown barring. The underparts are predominantly grey-brown with black tips on the grey, square-tipped tail and wing edges. A key character in flight is the long fingered, upswept wings with a large white patch at the base of the barred ‘fingers’.

The Square-tailed Kite ranges along coastal and subcoastal areas from south-western to northern Australia, Queensland, NSW and Victoria. In NSW, scattered records of the species throughout the state indicate that the species is a regular resident in the north, north-east and along the major west-flowing river systems. It is a summer breeding migrant to the south-east, including the NSW south coast, arriving in September and leaving by March.