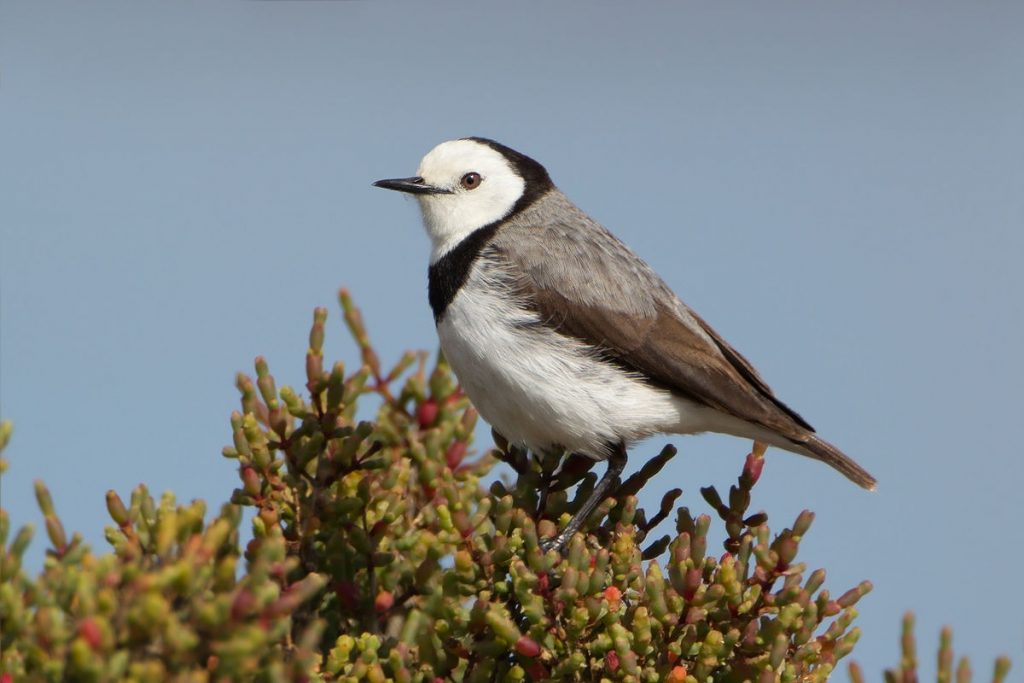 The White-fronted Chat is an endemic Australian passerine bird, 12 cm in length and weighing approximately 13 g. It has a short slender bill, long spindly legs, a short square-tipped tail and rounded wings. Classified as a honeyeater it is most similar in form to its close relatives, the Orange Chat, Yellow Chat and Crimson Chat from which it is easily distinguished by its black and white colouration. The male’s plumage is more striking than the females; juvenile plumage is most similar to the female. A distinctive ‘tang, tang’ is used as a contact call.

The White-fronted Chat is found across the southern half of Australia, from southernmost Queensland to southern Tasmania, and across to Western Australia as far north as Carnarvon. Found mostly in temperate to arid climates and very rarely sub-tropical areas, it occupies foothills and lowlands up to 1000 m above sea level. In NSW, it occurs mostly in the southern half of the state, in damp open habitats along the coast, and near waterways in the western part of the state. Along the coastline, it is found predominantly in saltmarsh vegetation but also in open grasslands and sometimes in low shrubs bordering wetland areas.