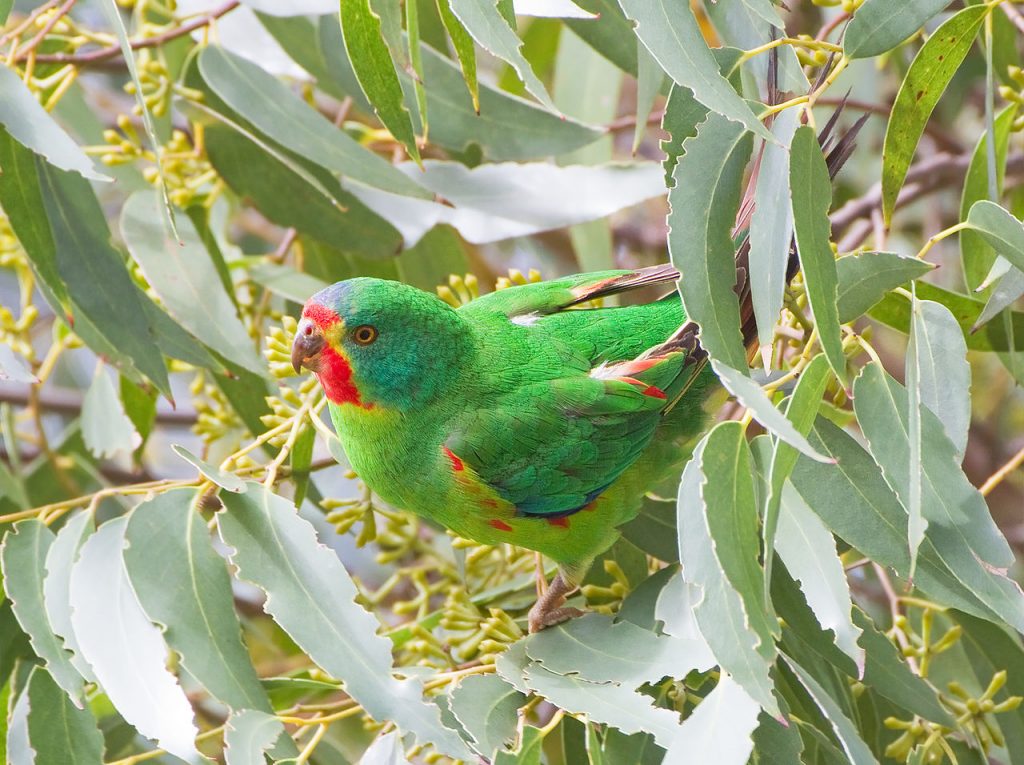 The Swift Parrot is small parrot about 25 cm long. It is bright green with red around the bill, throat and forehead. The red on its throat is edged with yellow. Its crown is blue-purple. There are bright red patches under the wings. One of most distinctive features from a distance is its long (12 cm), thin tail, which is dark red. This distinguishes it from the similar lorikeets, with which it often flies and feeds. Can also be recognised by its flute-like chirruping or metallic “kik-kik-kik” call.

Breeds in Tasmania during spring and summer, migrating in the autumn and winter months to south-eastern Australia from Victoria and the eastern parts of South Australia to south-east Queensland. In NSW mostly occurs on the coast and south west slopes.