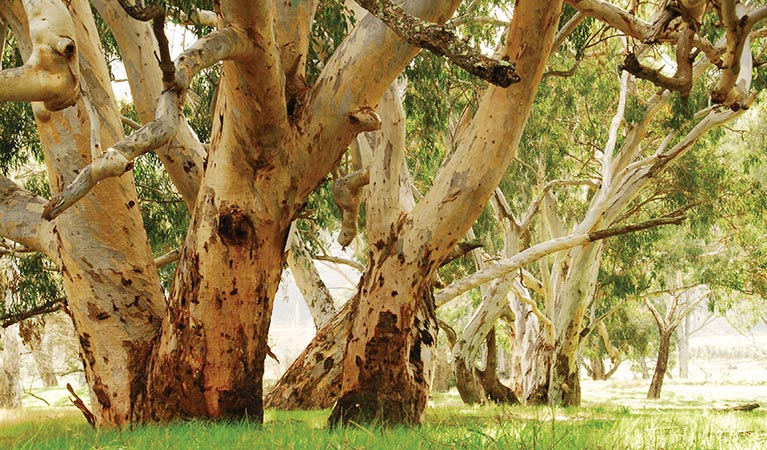 Eucalyptus camaldulensis is one of Australia’s most widespread eucalypts.  It occurs along riverbanks, creeks and the edges of lakes of the Murray-Darling drainage basin. It extends south from southern Queensland, across most of New South Wales and Victoria, to the south east of South Australia. Populations extend to the Hunter River basin in New South Wales to near Aberdeen, and to the Eyre Peninsula and Kangaroo Island in South Australia. While it is usually found fringing watercourses occasionally populations occur on adjacent floodplains such as along the Murray River at Barmah and in many of the wine growing regions of South Australia. Populations grow on a range of riverine soil types often on deep clays but includes sandy clay loams.