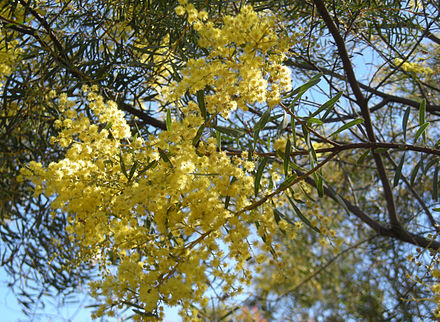 Acacia decora is a plant native to eastern Australia. Common names include the western silver wattle and the showy wattle. The species name refers to the plant’s decorative qualities.

In New South Wales, showy wattle occurs west of the Great Dividing Range while in Queensland it extends to the coast, commonly seen in semi arid areas of the states of New South Wales and Victoria and throughout Queensland. It is sometimes seen in wetter areas in dry sclerophyll forest.

Growing to four metres in height, it has variable foliage. The phyllodes are generally thin, up to 5 cm long. Bright yellow flowers form from April to October.